Learning about cannabis can feel intimidating, especially with all of the myths and stereotypes that circulate. This plant has been used for centuries for both medical and recreational purposes and it’s important to understand the basics of cannabis before making any assumptions.

Cannabis is a plant that contains over 113 different identified chemicals called cannabinoids. THC (tetrahydrocannabinol) and CBD (cannabidiol) are the most well-known cannabinoids. THC is the cannabinoid responsible for the psychoactive effects or “high” associated with smoking or ingesting cannabis while CBD is non-psychoactive. There are various ways to consume cannabis including smoking, vaporizing, eating, and topical application. Each method will produce different effects because cannabinoids are absorbed differently depending on how they are consumed. The effects of cannabis can be felt within minutes when smoked and can last up to 6 hours whereas the effects from consuming edibles can take up to 2 hours to be felt and can last up to 12 hours.

Why Do People Use Cannabis?

Cannabis has been used for centuries for both medical and recreational purposes. Some people use cannabis to relax or relieve stress while others use it to treat chronic pain, nausea, anxiety, or insomnia. The United States legalized medical cannabis in 1996 with California being the first state to do so. As of 2018, 33 states have legalized medical cannabis and 10 states have legalized recreational cannabis. It’s important to note that each state has different laws regarding possession, consumption, and cultivation so it’s important to be familiar with your state’s laws before partaking in any cannabis consumption.

There are many misconceptions about cannabis circulating around which often dissuade people from learning more about this plant. One common misconception is that cannabis is addictive but according to the National Institute on Drug Abuse, “Less than 10% of people who use marijuana become dependent on it.” Another common misconception is that smoking marijuana will lead to other drug use but research has shown that this is not the case. In fact, “most people who use marijuana don’t go on to use other “harder” drugs.”

Cannabis has been used for centuries for both medical and recreational purposes but there seems to be a lack of understanding about this plant among the general population. It’s important to understand the basics of cannabis before formulating any opinions about this plant. There are many misconceptions about cannabis circulating which can be dispelled with further research and education. With an increasing number of states legalizing medical and recreational cannabis, it’s important to familiarize yourself with your state’s laws before partaking in any consumption or cultivation activities.

How Can I Improve My Energy Levels?

Almost everybody knows what Minecraft is. It has been around for a while and its popularity doesn’t seem to be slowing down. So what is it that makes this game so great? For one, Minecraft […]

Though smoking is often seen as a social activity, it’s really not that great for you. Cigarette smoke contains over 4,000 chemicals, including 43 known cancer-causing agents. Not to mention all the other health risks […] 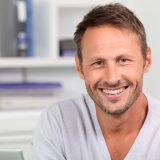 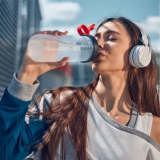