Blaxploitation films caught fire during the exploitation film wave of the 1970s. As the name suggests, Blaxploitation movies exploit black culture. The debate continues about whether the legacy of these classic films is positive or negative to black history in the cinematic arts, but regardless, these movies are beloved by nostalgic fans all over the world. We all remember the giants: Shaft, Superfly, and Blacula, but there are scores of interesting Blaxploitation flicks that often go unnoticed.

Six, then-current, NFL stars, including “Mean” Joe Green, and Mercury Morris, made their acting debut in The Black Six (1973). Picture the wrath of a group of normally pleasant black bikers after one of their family members is brutally murdered for the “crime” of falling in love with a white girl. Once you have that set-up in your mind, you will have a good idea of the flow of the film. Although it does not compare to The Magnificent Seven (1960), The Black Six (1973) does a good job of pulling together a decent story about a rag-tag group of vigilantes who fight the good fight for justice.

This film’s predecessor, Mandingo (1976) is at the top of the list for exploiting slavery, the rawest subject in black history. Mandinga (1976) is the female version of this shamelessly lustful films-albeit this film is heavier on lust. Mandinga (1976) stars no one you would ever recognize, but you will never forget the hormonally driven antics of the mistress of the house, or the shockingly taboo, plot twist ending. Mandinga (1976) is bad cinema at its very best, but just as with Plan 9 from Outer Space (1958), you have to experience it at least once.

With a superstar like Sydney Poitier, you should guess that this film would not be just an average flick – surprise, surprise…it is not. For the Love of Ivy (1968) is not a full-on blaxploitation movie, the reason for its inclusion in the genre is the fact that one of the title characters, Poitier’s Jack Parks, main roles are to point out the stereotypical views held by whites toward blacks. The black stereotype is a running theme throughout the film, and it is the backdrop to a romantic comedy about a young black woman seeking self-fulfillment. For the Love of Ivey (1968) is an excellent film, with an exemplary cast rounded out by Carroll O’Connor and Beau Bridges.

The story surrounds a couple of small-time hoods who get a hold of $300,000 stolen from the mafia (in a fluke, it wasn’t their robbery). During the robbery, several police officers (on a sting) and a group of made men are killed. The audience gets to watch to see if the two unsophisticated criminals can outrun the police and the mob to make it to safety with their found loot; can they survive? One of the best reasons to watch the movie is the fact that it is a well-told story. Another reason to watch the movie is the pure 70’s soundtrack with the Bobby Womack title track.

The film stars Anthony Quinn and Tony Franciosa, it also stars several notable black actors from the ’70s like Yaphet Kotto and Antonio Fargas (Huggy Bear from Starsky and Hutch 1975-7979). Unlike most of the films on this list, Across 110th Street (1972) received critical acclaim.

The blaxploitation genre gave us sexy, self-assured black women like Pam Grier’s Foxy Brown, Tamara Dobson’s Cleopatra Jones, and Theresa Graves’ Christie Love. Since the name Lola Falana is synonymous with the 1970s, female-led blaxploitation films would be incomplete without her inclusion; enter Lady Cocoa (1975). Falana’s Cocoa was not a crime-fighting detective, nor was she seeking revenge.

Cocoa is a wise-talking jailbird with a 24-hour get-out-of-jail pass. She has an offer of freedom if she can survive long enough to testify (24 hours/she turned state’s evidence) against her mobster boyfriend. Lady Cocoa (1975) does not compare to the previously mentioned female-led blaxploitation films, but it is good enough to watch at least once if you are a fan of the genre.

Outside of For the Love of Ivy (1968) and Across 110th Street (1972), these films are not cinematic wonders that you must see before you die. However, if you are a fan of blaxploitation films, and you come across any of these five movies on a late night or a lazy weekend day…sit back and enjoy. 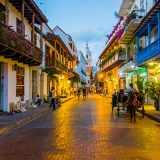 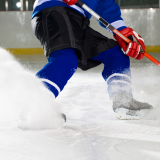 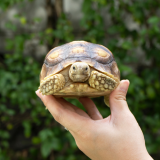