Traveling during the spring helps you avoid summertime crowds, and South America offers a range of less-traveled destinations. When you’re ready to plan a vacation, visit overlooked South American springtime vacation spots to take advantage of cheaper prices and less tourist traffic. Travel packages to lesser-known locations can be booked online or with an expert travel agent.

Margarita Island, known as Isla Margarita in Spanish, lies to the west of Trinidad and Tobago and northeast of Caracas in the Caribbean Sea. The island, a popular Christmas and Easter destination for South Americans, is accessible by ferry or airplane, the majority of which arrive and depart from Caracas or Maracaibo on Venezuela’s mainland. Once on the island, you can enjoy a variety of beachfront experiences, from crowded to secluded, for sunbathing, swimming, and water sports. Margarita Island also offers a healthy amount of natural flora and fauna at La Restinga National Park. Like many Caribbean islands, Margarita Island features shops stocked with crafts by local artisans and a healthy nightlife, including all-night dancing at the island’s popular Senor Frogs.

Most people think of Colombia’s inland capital Bogota as the country’s must-see destination. However, Colombia, located to the southwest of Venezuela, offers visitors beach activities and some of the most well-preserved forts in the world in its bustling Caribbean coastal city of Cartagena. Hotels in Cartagena are relatively inexpensive, some cost less than $15 a day, but those ranging from three to five stars offer expected services such as air conditioning, room service, and wireless Internet. You can take bus or walking tours to view vestiges of Colombia’s Spanish colonial past such as Fort San Felipe in the Walled City, named a UNESCO world heritage site. Cartagena’s Bocagrande district features endless shops and restaurants that cater to tourists and the city’s most fashionable residents. Don’t leave Cartagena without taking a Chiva bus tour, a bar on wheels, that provides visitors with tours of the city’s active nightclub scene.

Rio de Janeiro’s carnival makes the news, but locals go out of their way to attend the carnival in Salvador de Bahia. Salvador de Bahia remains a top destination for visitors interested in Brazil’s African heritage that can be viewed up-close at Largo do Pelourinho, a former slave market and now a UNESCO world heritage site. During the spring, and year-round, Salvador de Bahia’s African roots can be experienced on the streets daily as local musicians fill the air with samba and dance: the local woman dancing in distinctive, colonial-style white dresses and the men performing complex capoeira moves. You can also get your fill of Salvador de Bahia’s “soul food” signature dish acaraje, a spicy blend of black-eyed peas, shrimp, and nuts, at eateries throughout the city.

Why is Small Business Important to the Community? 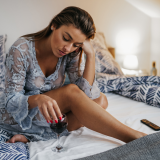 How To Get Over Someone? 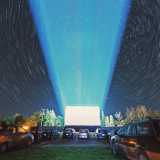 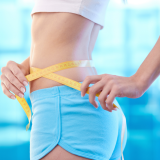 How Should I Start Losing Weight?